Update coming soon...
Back in 2020 I ran for a seat on the Darebin Council in the 2020 Local Government Elections, in my new single member local ward, the South West ward.

I was focused on getting Darebin to "lead the world again" and adopt a full climate emergency mobilisation response as is warranted the by the current climate emergency that threatens our survival and the lives of our children. 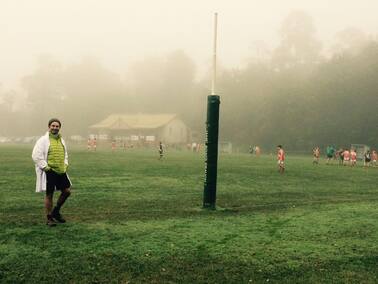 On other issues Adrian supports:

Possible locations for urban agriculture sites if a review finds that Golf is not the best use for the site. 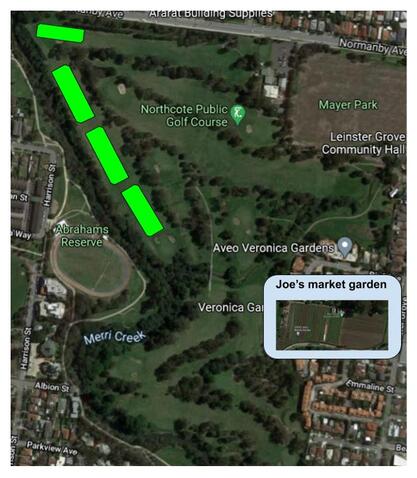 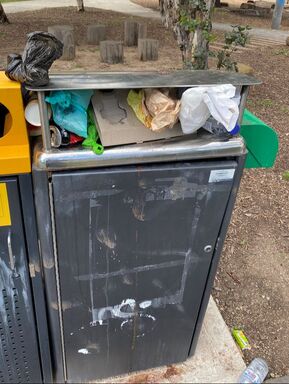 Let's get the basics right

We after week, before COVID and during COVID, this was the sort of image you would see in our local bins. I'm constantly picking up rubbish from my local park and putting it in our own bin.

What is wrong with this council?
​Do not the rubbish collectors have a system of reporting when bins are constantly full and overflowing. Can the council not organise an extra weekly pick up? Three current Councillors live within a few hundred meters of this park.

Whether it is bins, lifted pavements, or newly planted trees left to die in heat waves,  I will work tirelessly to help get Darebin Council to get the basics right or find a new CEO who can.
Contact Adrian if you wish to support his campaign.  0403 735 118
Big thanks to all those supporting the campaign including donors, people putting my corflute up out the front of their homes and handing out leaflets.

A special thanks to:

“Let's give our kids a world worth living in,
let's reverse global warming!”
​ 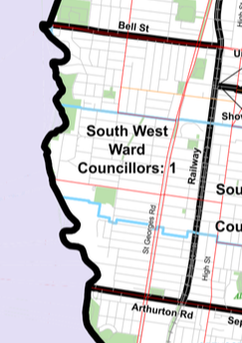 ​Can you vote for Adrian in the Darebin 2020 elections?

​You can if you live in
the "South West" ​ward.

Click here to download the full map
Or visit the VEC website
What happened to Darebin's 3 multi member wards? The State Labor government decided to do away with some multi member wards around the state and included Darebin in that process. 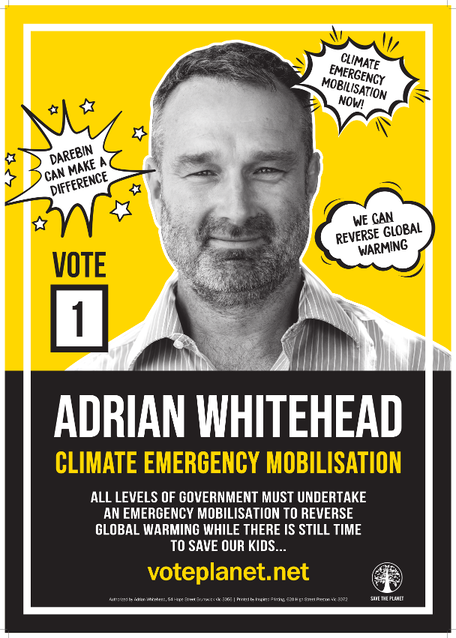 Like my campaign get a corflute for the front of your house.

For over 10 years I have lived in Thornbury and Preston with my family and young son who attends our local primary school.

Like you I am keen to see Council providing efficient services, good community support programs and improving our parks and streets.

Like you I want an end to inappropriate development and corruption.

However, my main concern is for my son and the millions of children in this world, and for them to have a positive and bright future.

With both State and Federal governments failing to tackle and reverse global warming, local council can play a critical role.

I want to ensure Darebin Council goes beyond merely acknowledging the climate emergency and continues to play a world leading role in preventing extreme global warming while ensuring our community is prepared and safe.

To do this Darebin Council can lead the world again by mobilising all available resources within Council to both reduce emissions locally and force higher levels of government to act by directly advocating for emergency action as a Council and encouraging their community to do the same.

We have a choice. We can spend millions of dollars on sporting facilities and other programs that provide community benefit but won't stop a global catastrophe or redirect this money into getting real action on climate change for the next 10-20 years by providing the leadership the world needs.

Adrian is running as part of a three person team in Darebin which includes Bryony Edwards and Philip Sutton who will fight to get the council into emergency mode. 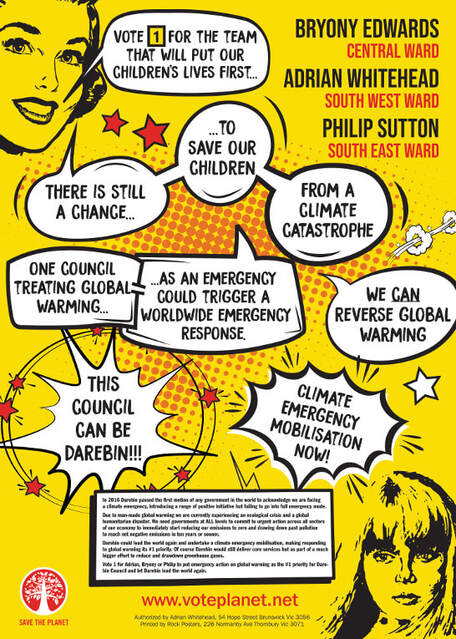 Darebin could have led the world into emergency mode.
​
I was a key player behind convincing the 2016 elected Darebin Council to declare a climate emergency and sat on both the interim advisory committee and the current Climate Emergency Advisory Committee to Council.

Inspired by Darebin's lead as well as the continued campaigning by myself and many others (See CACE, Cedamia, and CED for three of the key players) the climate emergency declaration campaign spread around the world, changing the global discourse from  "climate change" to the "climate emergency" and inspiring action at many levels.

Sadly no council (that we know of) including Darebin Council has chosen to take the next step and go into emergency mode on climate.

If we want Darebin to lead again Darebin needs new councillors and a new CEO who will be willing to drive this agenda and put the survival of our children first, ahead of Business As Usual at Council operations. 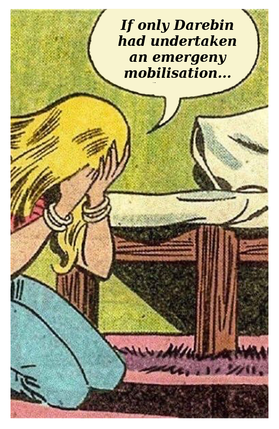 Darebin implements an Emergency Response but not for Global Warming

Ironically only two months after I meet with the current Mayor (Susan Rennie) and Darebin's CEO Sue Wilkinson, where they made the case that an emergency response to global warming by Council was inappropriate, Darebin Council committed to an "emergency" response to the COVID19 epidemic.

This was exactly the scale of commitment we were looking for on Global Warming, but Darebin's CEO and Council felt Global Warming did not warrant an emergency response, while COVID19 did.

We have now lost three years in the global campaign that we can never get back.  Let's not waste another four. 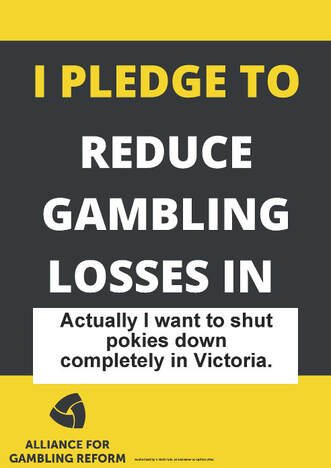 this will be the last election to act before things get really bad....
​
I will be running in the next federal election which will likely fall between August 2021 and May 2022.

Most likely I will be running for my local seat of Cooper, as part of the Save the Planet team for that election.

Save the Planet has now registered a new political party, forming an alliance with a second like minded party.

Consequently Save the Planet through our new political party can receive tax deductible donations.  You can donate  $1500 per year to a political party. Donations help us cover the cost of registering candidates and running an election campaign.

Running as a candidate federally has become increasingly expensive as the major parties (who receive millions of dollars in election funding) seek to drive small parties and independents out of the political system.

​Last election it cost $1000 to run in a lower house seat, now they have doubled it to $2000, money the major parties get back because they get over 4% of the vote in almost all seats they run in.

If you're interested in running yourself or want to help the campaign please either join or donate via the Save the Planet website or contact me directly.

“Let's give our kids a world worth living in,
let's reverse global warming!”